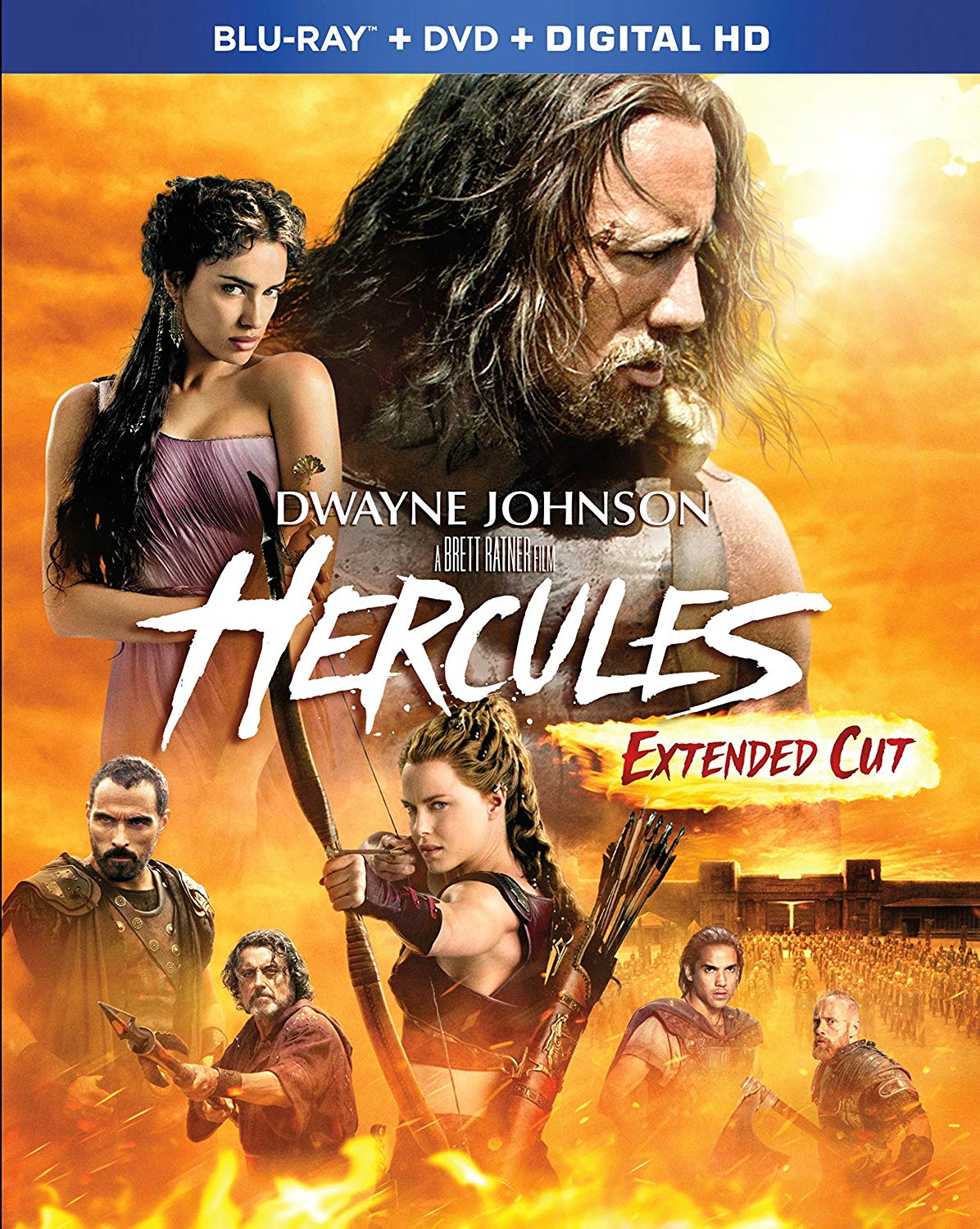 I did not have any expectations going into this movie. All I wanted was a fun action flick to entertain me. Dwayne Johnson do have some good movies, but also some bad ones. His pumped body looks perfect to play Hercules. Aksel Hennie also has some great movies, but I think this is his first Hollywood movie.

I like the action scenes, great battles. I also like how Hercules and his friend not always rally on pure strength but also tries to out wit their opponents.

The plot twist are a little to predictable. The cheese clichés are bordering between like and dislike. I think they should either have done a little more of it for the humor, or a little less to get it more serious.

Hercules, neither man nor god. the He is the powerful son of the king of gods, Zeus. The gods tasked him with twelve arduous labours, among these where the slaying of the Nemean Lion and the nine-headed Lernaean Hydra. Or so the legend goes... Hercules and his five mercenary companions are celebrating there last job, driving out a group of pirates, when they are approached by Ergenia, daughter of Lord Cotys, for a new job. He wants Hercules to train his army to defend his kingdom from the bloodthirsty warlord Rheseus. Hercules accept this new job after being offered his weight in gold. During the story we learn why Hercules now is working as a mercenary, and what befall his family. How he found his mercenary friends and details about his legend.

Hercules, son of Zeus, or is he... He is unlivable strong person and a fierce warrior. He grew up as a orphan street kid but he grew up to become a famous and legendary warrior wielding a huge war club.

Amphiaraus is the oldest member of the group and a seer. He claims he know before a battle if he is going to die or not so hi is not afraid.

Autolycus grew up with Hercules on the streets and has been by his side all their life. They are like brothers. He is a roguish character wielding dual daggers and throwing knives.

Tydeus was as a child found on a battle field as the sole survivor. He was more beast than man, but Hercules took him in. He is a mute and fights with dual axes like a crazy mad man.

Atalanta is archer but she is also excellent in close combat. She is the only female member in the team, but the other members jokingly do not count her as a female.

Iolaus is the nephew of Hercules and an expert storyteller. He is the one that really keeps the legend of Hercules living.

I found it quite funny at times, not sure if that was intentional or not. Some of the cheese scenes and clichés. At first I wanted more M rated battles that the PG-13 battles they use, and like so many others use these days. But I think a less serious PG-13 battle is better. If they where to use more blood and gore then they would have to go more like "The 300" visual style. Anything else would be to serious for this movie. Hercules is not a very good movie, but it is more than OK. If you are after a short action flick then this is absolutely worth a try. I generally like these kind of movies. If you do not like movies like this, then you should probably remove a couple of stars and stay away from it.