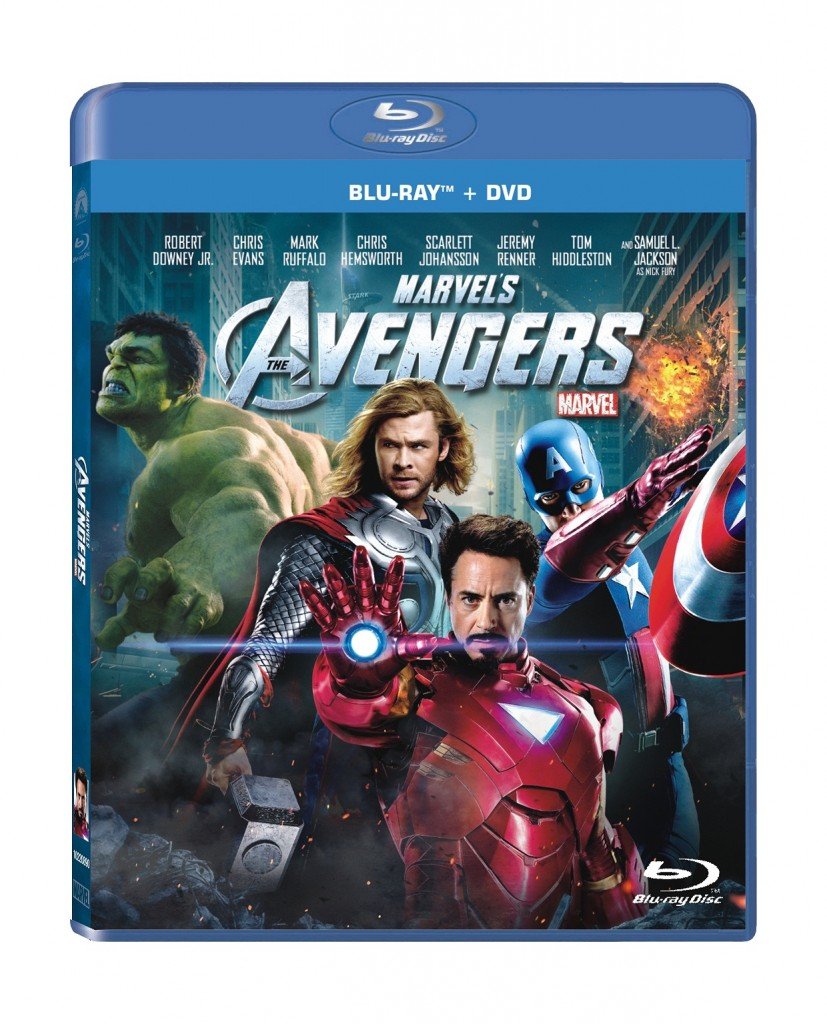 After multiple superheroes movies of Iron Man, Captain America, Thor, and The Hulk, thy are finally gathered together in this action-packet movie where they have to save the earth from invading forces. This movie was not really a surprise, it actually tarts out with small sequences at the end of some of the movies about the mentioned super heroes. I remember that I could barely wait for this movie when I first saw the scenes after the credits where S.H.I.E.L.D. got in contact with the different super heroes. The Avengers is a awesome movie for a total superhero fan like me.

I like that they take the time to gather the people together at the beginning instead of rushing it and jumping straight into the action. It`s also good how they keep their personality and show how some of them really is not suited for team work and that the team actually needs a catalyst to keep together. I also like how they manage to get each hero a decent amount of alone time on the screen. The action might look like it is over the top some times, but this actually fits very well with the superheroes powers.

The story is not as good as some of the other Marvel superhero movies. This is kind of sad since this movie is a end product of multiple different movies about the four different superheroes that are the main team in the Avengers. But it is more that good enough. Not sure if it even belongs under dislikes.

The movie starts out with Loki and an alien called the Other, leader of the Chitauri, making a deal. Loki will retrieve the Tesseract and in exchange he will get an army of Chitauri large enough to take control of earth. Director Fury has allowed research on the Tesseract, but something goes horribly wrong and Loki is able to come to earth and steal the Tesseract. Director Fury activate the "Avengers Initiative" to handle this upcoming crisis. Agent Natasha Romanoff (a.k.a. Black Widow) is sent to Calcutta to recruit Dr. Bruce Banner (a.k.a. Hulk) to use his expertise to trace the Tesseract through its gamma radiation emissions. Coulson visits Tony Stark to have him review Selvig's research, and Fury approaches Steve Rogers with an assignment to retrieve the Tesseract. Thor joins the team when they are out hunting down Loki to retrieve the Tesseract. Among the four of them only Captain America is actually capable of working as a member of a team. But when Loki manages to use the Tesseract to open a portal for his invading forces to come through they really have to focus on heir team work to have any chance of stopping him.

Some of the move takes place o distant planet, but that is only a tiny par. The rest takes part on earth and mostly in America, as with most of Marvels superhero movies. A small part takes part in an old fashion version of Calcutta in India, and in Stuttgart in Germany. The main battle takes place in New York where the enemy forces come out from a portal opening to a distant place in the galaxy. I am so glad I`m not a New Yorker. It would be so tiresome to live with all the action and destruction that constantly takes place in this city.

The main characters are the superheroes that previously have had their own movies about them; Iron Man, Captain America, Thor, and The Hulk. Other members of the team are the Black Widow and Hawkeye. Loki is back with his evil plans, he want to be ruler of the earth.

Tony Stark, played by Robert Downey Jr., is a genius, billionaire, playboy and he is Iron Man. Iron Man is the coolest of the superheroes in The Avengers and Robert Downey Jr. is perfect at playing him.

Steve Rogers, played by Chris Evans, is a World War II veteran who was enhanced to the peak of human physicality by an participating in a super soldier experiment. At the end of his first movie he was frozen in the arctic and he has just recently become unfrozen. In addition to joining The Avengers he also has to come to grips with this modern world he lives in and that all his friends now are dead or dieing. Captain America is the only one of the fore main heroes that it comes natural for to cooperate with other people. Chris Evans do a great job playing Captain America.

Bruce Banner, played by Mark Ruffalo, has a problem. When he becomes to emotional he turn into a green hulking giant with serious rage issues. He becomes the Hulk. When he manages to remain calm he is a meek genius scientist with expertise in nuclear science. He is is hunted down and added to the Avengers team to track down the Tesseract.

Thor, played by Chris Hamsworth, is the son of Odin and the crown prince of Asgard. Thor might not be from earth, but he is stil deeply invested in the problems in this Movie because it is his half brother that is starting up all the problems. Thor has to deal with the brotherly love of only him being the one that can hurt his brother and letting other hurt him to be able to stop the evil he is planning.

Natasha Romanoff, played by Scarlett Johansson, is a highly trained spy working for S.H.I.E.L.D. She has no superpowers and is more of a suport character for the main Avenger team. She is however insanely skilled in hand to hand combat and in extracting information.

Clint Barton, played by Jeremy Renner, is a master archer and an agent for S.H.I.E.L.D. Just as with the Blacl Widow he has no superpowers, but he is so skilled with his bow that he is more than capable to keep track with the main team.

Loki, played by Tom Hiddleston, is Thor`s adoptive brother and nemesis. Loki is the force instigating all the trouble in this movie. He is trying to adapt the Tesseract to be able to open a portal far out in space so he can get an invasion army trough to take control of earth.

Samuel L. Jackson play Director Nick Fury. He is the director of S.H.I.E.L.D. He is the driving force behind the "Avengers Initiative". In the previous movies about the above superheroes he contacted them at the end of the movies to gather them together.

S.H.I.E.L.D. (Strategic Homeland Intervention, Enforcement and Logistics Division) is a government agency that usually deals with paranormal and superhuman threats. Most of agents are S.H.I.E.L.D.`s agents are normal humans and it`s leader is Director Nick Fury. In this movie Director Fury is pushing for a team consisting of some of the worlds finest superheroes. He want them to form The Avengers and gather them together when the world is in dire need.

Wherever Iron Man is, Stark Enterprises is not far away. Start Enterprises is a common thread in many marvel movies. They supply high tech gadgets and weaponry. In The Avengers the man battle takes place around Start Tower when a portal is opened above it for the invading forces to come through.

The Chitauri are a race of grey skinned reptilian humanoids. They have highly advanced technology, such as hovercraft like gliders and large living airborne troop carriers, called Leviathans, encased in mechanized armor. The Chitauri seem to be under direct control from the mothership, when it is destroyed, all the invading forces drop dead instantly. They are thought to be led by a hooded Chitauri called "the Other". But they are later revealed to be in the service of Thanos. Thanos is not of importance in this movie, but is seen in Guardian of the Galaxy and he will probably be in one or more upcomming marvel movies.

The Tesseract is an ancient Asgardian cube like artifact of unimaginable power. After ending up on earth by accident it was hidden in a viking church in Norway until it was retrieved by HYDRA under WWII. HYDRA made weapons from the power of th cube that they planed to use to take over the world. After Hydra was stopped it was lost in the arctic. It was later found by S.H.I.E.L.D. and they kept it under guard to make sure it did not fall into the wrong hands. Nick Fury started a project to attempt to use the tesseract to make an unlimited power source. This failed and Loki managed to get his hands on it for his own nefarious purposes.

The Avengers is a really good movie. It ranks among the better superhero movies. The Avengers is a must see blockbuster with full of witty remarks and full of flashy fast paced spectacular action scenes. I can barely wait for the squeal. Oh, and as with most of the Marvel superhero movies you have to remember to wait to the end of the credits to see a teaser of what is going to happen next.