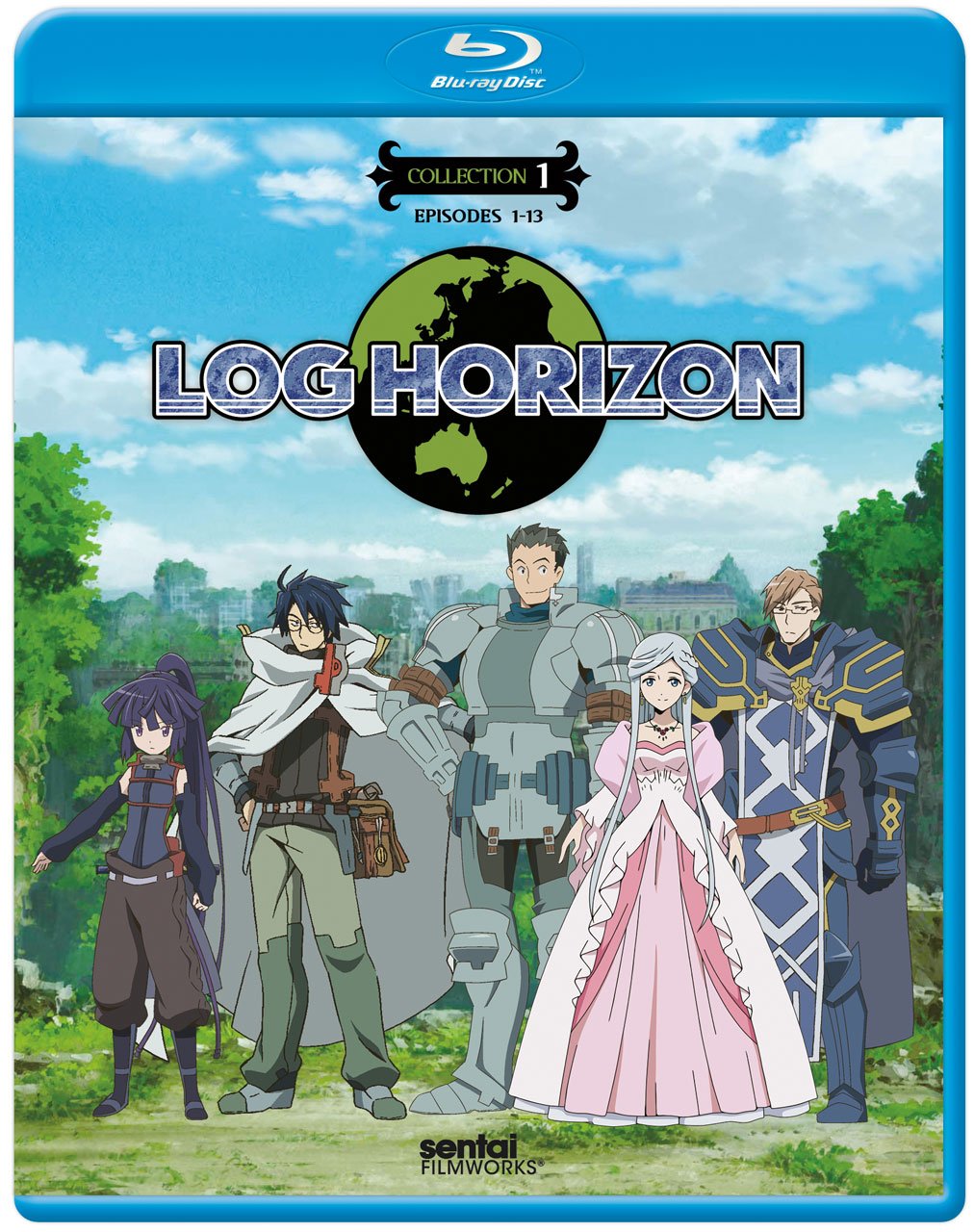 I actually like MMRPG based animes, so I jumped right on this when I first discovered this anime. At first I thought it would be just a mediocre copy of the others, like most of them are. I would still watch it, because, as I wrote, I like this kind of animes. But I was wrong, and I also was happy to be wrong. Log Horizon actually distinguish itself from most of the other MMORPG based animes, and it does it in a positive way too.

I love how this show is about more than just gaming and powerful characters fighting. It`s about politics, economics and how to get together in times of strife. The main guys strength is not his brawn but his brains. Yes he is strong to, but what makes him truly powerful is his mind and how he uses it.

It`s a little strange that non of them really wonder what`s happening to their body and their family and loved ones in the real world. I can see that it might not be a part of the shows theme, but still its a little strange. It`s not that bad, I can easily explaining it to my self by telling the logical part of my brain that the process that transported them to this new world also did something to their mind.

Elder Tale, a MMORPG, is launching its twelfth expansion pack. The game has become a global success with millions of players world wide. During it update to the new expansion pack thirty thousand Japanese gamers who are all logged on at the time of the update, suddenly finds themselves transported inside the game. They are transformed into their game avatar and gets the level and skills they have build up with their avatar at their disposal. Shiroe, a socially awkward gamer but a master strategist, along with his friends Naotsugu and Akatsuki, finds them selfs ind the mids of this strange event. They decide to team to easier face this new reality along with all the challenges which lie ahead of them. At first they are just hanging together, but as the group grows Shiroe, after much presure from the others, decide it is best to for a guild for there group of friends. They Form Log Horizon, and Shiroe is their guild leader.

Some of the themes in Log Horizon is of course centering around gaming, more precisely MMORPG. However, this is actually a surprising small part of the main themes. This show is about politics between guilds and between them and the People of the Land. How people react when they find them selfs in a new place where they are immensely powerful and there are no rules. How they then form a governing body to deal with abusive people and works for a better player economy. This show also shows how despicable some people behaves against the People of the Land, especially at the beginning before they learn that they are more than common NPCs.

The two main types characters in Log Horizon is Adventurers and People of the Land. Among these two different groups there are also different races. Some of the races are Humans, Elfs, Dwarfs, Half-Alfs and Werecats.

Adventurers are the group of players that was transported inside the game. They are immensely powerful and they reincarnate when they die (but not without some loss). The also have a class, like Warrior, Enchanter, Assassin and so on, and a subclass.

People of the Land

People of the Land are what commonly are referred to as NPC (None Playable Characters), and they belong to this world. They generally are not as powerful as the Adventures and they also stay dead when they die.

There are many important characters in this anime, but the most important ones are Shiroe, Naotsugu and Akatsuki.

Shiroe is a veteran Elder Tale player with a max level character. He plays as a skinny half-elf with blue hair and glasses. His class is Enchanter and subclass is Scribe. He was a member of the once famous Debauchery Tea Party, a group of the best high level players, and he was their strategist. He is now founder and guild leader of Log Horizon. His real name is Kei Shirogane and he is a 23-year old engineering graduate student, but that was before he become trapped in Elder Tale. Shiroe might be socially awkward and some times a little asocial, but he does not dislike other people. He helps people who are really in need, he gives advice to beginners when he feels like it, and he can also be fiercely protective of people he cares for. He is however independent and goes his own ways. As a leader of Log Horizon and a leading figure in the Round Table Alliance he is in a great position to place a guiding hand on how this new society is formed. He is self-conscious about enforcing his beliefs and principles on others to form this new society, but he still do it even if others might dislike him for it. If he thinks his plans are acting for the greater good then he will use all means possible to achieve his goals. This has caused others to sometimes misunderstand his motives and has earned him the nickname the "villain in glasses". He isn’t the typical shounen main character that powers up throughout the show and then at last overpowers his enemies. He`s instead in the background and with his superior strategic mind controls the flow and direction of battle and the politics between the guilds.

Naotsugu, a lighthearted warrior is Shiroe's friend and an important part of Shiroe's team. In the real world, his name is Naotsugu Hasegawa and he is 25 years old. He and Shiroe have met each other off line several times. He also was a member of the Debauchery Tea Party. He was their most reliable warrior tank. Hes greatest fault is his need to crack pervy jokes. He is a self-proclaimed "open-pervert", but strangely he's surprisingly shy when he's on the receiving end of such humor. Akatsuki often hits him out of irritation whenever he is about to say something perverted, which is quite often

Akatsuki is a level 90 female human Assassin who joins Shiroe and Naotsugu, and become an important member of the team. She`s a petite purple-haired girl who is a little to serious for some and usually have a somewhat sullen expression on her face. Akatsuki is a ninja with tracker as subclass, and she describes herself as Shiroe's ninja and addresses him as her lord.

Log Horizon is a pretty good show and not like your typical anime. Log Horizon is not a perfect show but it is still worth you time.